Usually known for his ridiculously good-looks and charismatic stage presence, for this occasion, T.O.P revealed a completely different side of him on the show.

The rest of the Big Bang members have admitted in the past that behind the scenes, T.O.P is really goofy and loves to joke around, but fans will get a chance to see it for themselves.

Not only is he one of the most handsome male celebrities in Korea, but he has been highly praised by veteran actors for his acting skills on the big screen. He’s got the looks, he can rap, act, and now he’s even got the wit to be entertaining on variety shows. He is being called the ambitious ‘multi-talented idol’, being capable of anything that’s thrown at him.

The T.O.P episode of ‘K-STAR news’ airs on the 26th at 10pm KST, and guests will also be discussing how to maintain a good celebrity image, amongst other things. 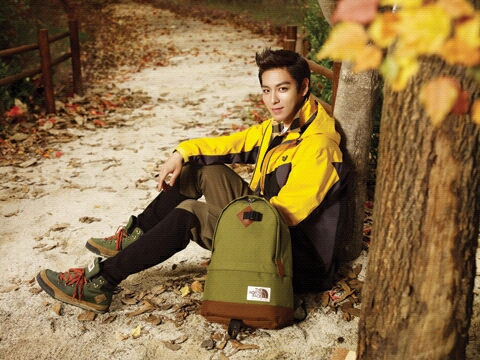 From September 8th until the 14th, online portal website Monkey3 held a poll asking for the “Top male celebrity for the Fall season”. The results from a total of 8,180 participants voted Kim Hyun Joong in first place with a total of 46% (3,781) of the votes, revealing the public’s overwhelming support for the idol. 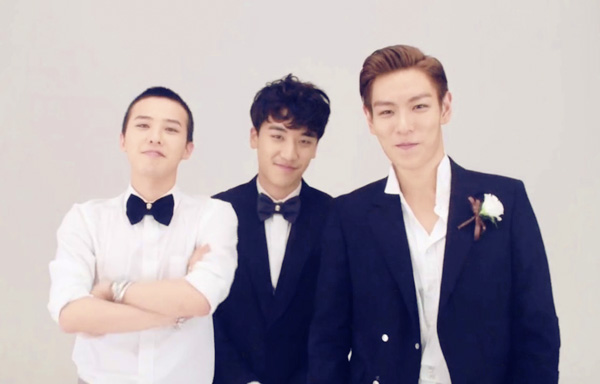 One of the top boybands from Korea, Big Bang, headlined a K-pop concert here barely two months ago, but they are already raring to race back to Singapore.

Three members of the quintet will perform as headliners at the 2011 Formula One SingTel Singapore Grand Prix next Friday at the Padang.

They are G-Dragon, T.O.P and Seungri. And T.O.P, whose real name is Choi Seung Hyun, 23, tells Life! in an e-mail interview that he really enjoyed playing to fans here.

“I felt a huge and very tremendous energy throughout the concert,” he says, referring to the gig at the Singapore Indoor Stadium. “We, all the members, prepared that concert with all our hearts for all fans in Singapore. Singapore is actually one of my favorite countries.”

All three members are excited to perform at the Singapore Grand Prix, as they are fans of sports cars.

G-Dragon, for instance, says that he drives a convertible version of luxury car Bentley GT.

Formed in 2006, Big Bang’s discography of albums, EPs and singles regularly appear in the Korean charts. Tell Me Goodbye and Beautiful Hangover, the two songs from their most recent album, Big Bang 2, both went to the top of the singles charts there.

Individually, members of the group – who also include Taeyang and Daesung – are also successful in their solo music and acting careers.

For the F1 gigs, the rappers in the group, G-Dragon and T.O.P, will perform as a duo. The pair released a self-titled collaboration album late last year which featured the No.1 single High High.

G-Dragon, whose real name is Kwon Ji Yong, 23, says that the collaboration came out of a desire to work on a new style of music. “We wanted to introduce our music to other rappers as well.”

Besides music, T.O.P is an established actor who has appeared in a few television drama serials such as Iris and the movie 71: Into The Fire. He says: “It might be very hard for me to say that I’m enjoying one of them more than the other. At the moment I enjoy both singing and acting.”

He was tight-lipped when asked about the future of Big Bang, though.

“It’s very confidential at this time, but we are preparing a super cool surprise for our fans. It’s coming really soon.” " 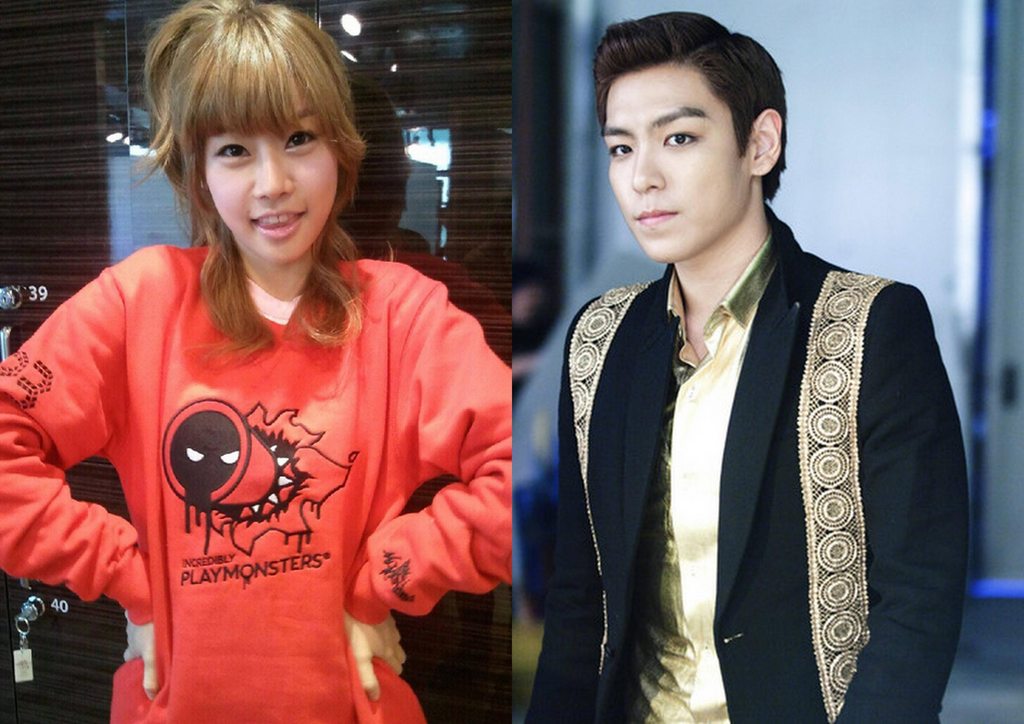 During an interview with TVReport, she shyly admitted, “TOP is my ideal man. He’s so charismatic.”

Additionally, it was revealed that SG Wannabe‘s Lee Suk Hoon (27) was a close second.

Sojin also talked about her experience as a radio DJ on an MBC Radio program. She stated, “Kyuri was overseas so I filled in for her… It was a fun experience but I don’t think I have enough experience to be a radio DJ.” 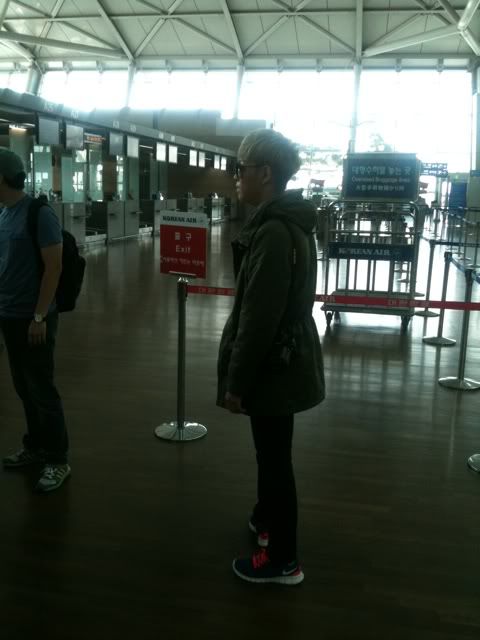 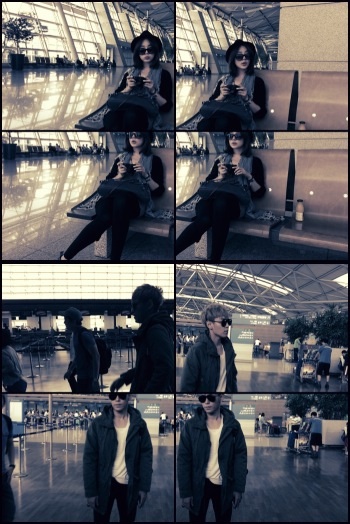 Choi Jinwoo: TOP ready to fly to Big apple NYC With calvin klein jeans! Everyone guess what amazing and best fitting pair is going to New York? The correct answer is TOP and Yoon Eun Hye! 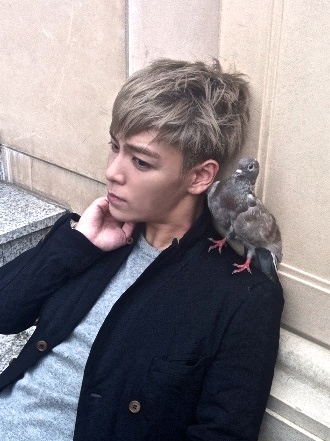 Translation: For 'Gummy' sunbae's Japan debut...TITLE P/V...I am working together again with Lee Jae Han, the director for the movie, 'Into the Fire'. Please look forward to it a lot. 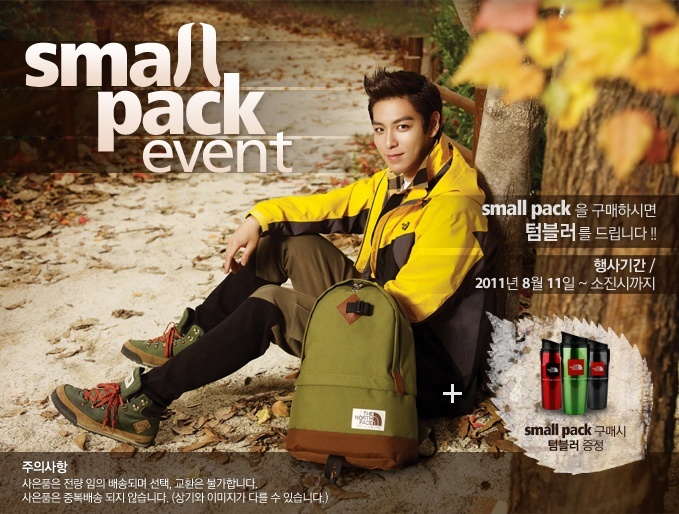 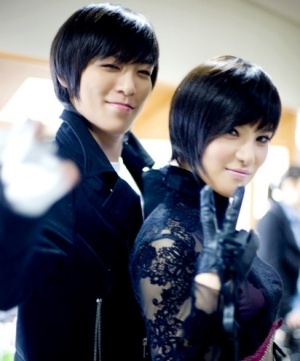 For Gummy’s Japan Debut she will release a mini-album with 5 songs, one of them featuring T.O.P on October 16th.

Andy Lau, Jacky Chan and other stars are starring in ' New Shaolin Temple,2011', the martial arts blockbuster in this summer. In the film, Andy Lau has shaved his head and the idol which the netizens want to see his head shaved has also been selected.

Which idol's skinhead is comparable with that of Andy Lau? The person who has overflowing charisma, Big Bang's T.O.P..

The background of the film set against the chaotic period of China when the troops of foreign countries wanted to invade China. It was at such a time that the people gathered at Shaolin Temple and tried to stop their invasion with their own forces. In this martial arts blockbuster, actor Andy Lau is seen sporting a charming skinhead which has attracted the attention of the audience.

From 15th to 22nd, August, Nate had conducted a poll named, 'which idol do you think that will be as attractive as Andy Lau after shaving his head? '

The 1st place is captured by Big Bang's T.O.P (64%). T.O.P. appeared in the music video of Red Roc in 2007. In ' New Shaolin Temple,2011' , Andy Lau who sports a skinhead together with his good acting skills has recalled the memories of the netizens about T.O.P.'s appearance in the video.


(Omtted info of other rankings)

On the night of August 11th, the GD&TOP duo attended the “d Summer Night Party”. The event was a night in celebration of the first year anniversary for the Korean beer company, Dry Finish d’s.

In the above photo you can view G-Dragon’s expected flashy, fashionista style. His ensemble composed of a shining silver jacket over a white tee on top, red belt on ripped faded jeans on bottom, plus sparkling black kicks, round shades, a black beanie, a white phone case on his belt and a silver chain to top it all off. Not to mention his aforementioned shaved head, but what caught the most attention above all was T.O.P’s new hair color.

His hairstyle was recently dyed blonde and is reminiscent of fashion doll Barbie’s sugar daddy, Ken. 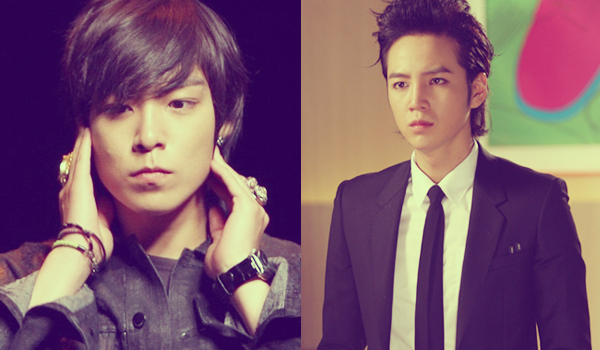 In an interview with Newsen on August 9th, a representative from the drama said, "PD Yoon Suk Ho has been working on Love Rain for 2 years. At the beginning, we were interested in casting T.O.P for the role but due to some delays, we finally decided on choosing Jang Geun Seuk." 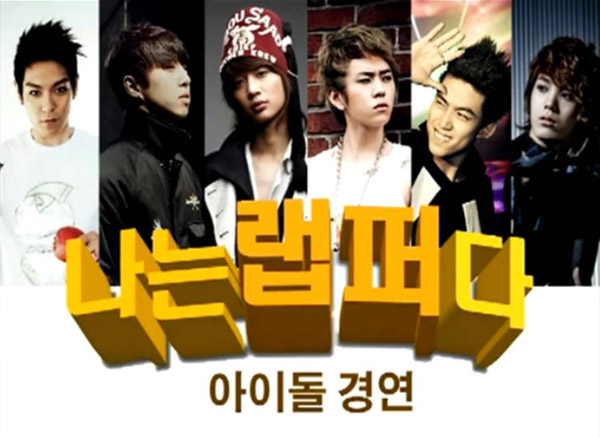 Rapper Bang Yong Guk, who many are now familiar with thanks to his featuring on Song Ji Eun’s “Going Crazy“, has become a hot topic because of his label as ‘the second T.O.P.‘!
On August 3rd, major portals like Naver, Daum, and YouTube shared a fan-made parody of the hit music show, ‘I Am a Singer’, but with an idol twist!

Although the video boasted a bevy of top stars, it was Bang Yong Guk who snagged everyone’s attention. He’s yet to make his official debut, but Bang Yong Guk’s deep and husky voice attracted high levels of interest and admiration from netizens.

They commented, “T.O.P. and Bang Yong Guk have a similar voice”, “He’s such a cutie but his voice is husky.. total reversal”, and “I’m looking forward to his duet with B2ST’s Yoseob now.”

Bang Yong Guk will be releasing his first single, “I Remember“, with Yoseob on August 12th.

As there have been no photos of T.O.P back in Korea yet, we can assume that he's still enjoying his free time in Singapore. (No idea though when he's leaving.)

Just a while ago, the DJ from The Butter Factory in Singapore, posted a photo of T.O.P on Twitter, taken last night outside at the club. Not exactly a nice shot but it's all we have right now. He said that T.O.P went there with some of the YG dancers who came with them for the Korean Music Wave Festival. 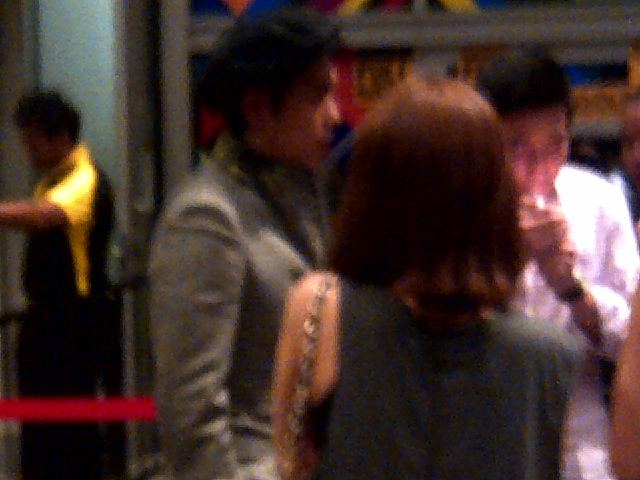 The DJ also tweeted that T.O.P asked him to play a Big Bang song but because he doesn't usually play Kpop songs, he couldn't grant his request. Anyway, we'll just post an update if more pics of him from last night pop up