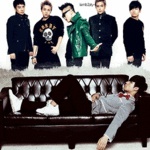 [You must be registered and logged in to see this image.]

Online music website Soribada has added up the number of download and other statistics and announced Big Bang as the best group in the first half of the year 2011.

Big Bang has ranked at the top of the charts for three weeks in March and April with the songs “Tonight” and “Love Song.” Also, “What is right,” “Stupid Liar,” and “Somebody to love” were in the upper ranks of the chart.

Meanwhile, the best song in the first half of the year is f(x)’s “Danger.” The song ranked no. 1 in Soribada with its release and kept in top 10 for five weeks.

The solo female singer IU’s “Good Day” was placed the second in the chart. The songs “Good Day” and “The Story Only I Didn’t Know” have ranked the first in weekly charts and KBS 2TV’s drama series Dream High’s soundtrack “Someday” and MBC’s The Best Love’s soundtrack “Take My Hand” also became a big hit.

On the other hand, the best solo male singer is Kim Bum Soo with his song “Please,” on the fourth in the chart. Kim’s other songs such as “Never Ending Story” and “With My Love” also ranked in top 10.

Say B I G to the BANG
[You must be registered and logged in to see this image.]