Excelling in music, stage performance, and even in fashion, one of Korea’s most versatile artist, Big Bang’s G-Dragon recently interviewed with Mnet Wide News during a CF shoot for popular Korean clothing brand, Bean Pole.

Unlike his usual flashy outfits, G-Dragon was dressed head-to-toe in Bean Pole’s All Black concept clothing. However, he accented the look with showy silver accessories and fur boots acknowledging his stance as a style icon.

While overlooking his photos, the star jokingly admitted, “I’m pretty photogenic. I look better in photos than in real life” shyly smiling and showcasing his perfectly pearl-white teeth.

G-Dragon was then asked if he studies fashion separately and he answered, “I do study a bit on my own. I also get a lot of advice from stylists, I also look at style magazines, and shop frequently for clothes. And through many trials and errors, I kind of find my own style“.

Recently, G-Dragon was on the preliminary rounds for Super Star K as a special guest and worked with the contestants as their stylist for the day. He helped transform the contestants’ style so that they could look extra cute or extra handsome.

When asked about his thoughts on international fans holding flash mobs for a YG family concert, specifically a flash mob in London, GD responded, “I’m really glad. It’s really hard to become someone’s fan with music alone. But through this, I found hope and my desire is to eventually go over and perform our music.” 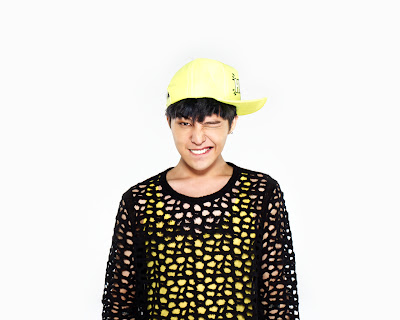 Despite the fact that Cho In Sung has been enlisted in the army since last May, he is still popular among the pregnant women so he ranks 2nd(26%). He is followed by Big Bang's G-Dragon(3rd, 13%) and Cha Seung Won (4th, 6%).

For the section of the female artists, Kim Tae Hee got the most votes (38%, 152 votes). The staff of the fair explained that the results of the poll shows the mothers-to-be prefer their kids to carry a warm image rather than a clever one.

The 2nd place(127 votes) goes to the CF queen, Shin Min Ah. Kong Hyo Jin who starred in the popular drama, 'the greatest love' some times ago and Yoona of SNSD both share the 3rd place. 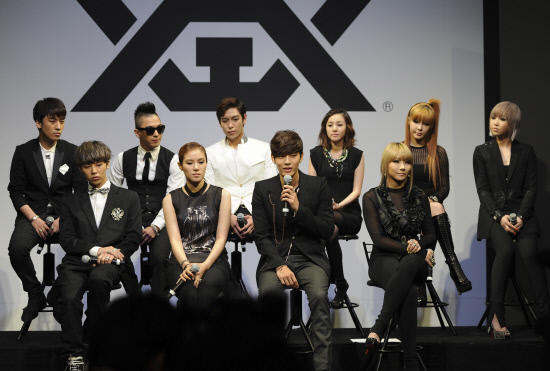 On July 21st, Big Bang’s leader G-Dragon extended his support to fellow member Daesung in an interview after the press conference for YG Entertainment and avex’s collaboration label, YGEX.

G-Dragon said, “I wanted to come here with Daesung but couldn’t, which is disappointing. Even if we don’t express it outright, the members are together as one team with Daesung in our hearts. We are always supporting and worrying over him.”

He added, “We’re working harder than ever to make sure that we can return as five members as fast as possible.”

Until the year-end, Big Bang will be promoting as solos and in units. Currently, Taeyang’s solo album is scheduled for release within the second half of the year.